Share a memory
Obituary & Services
Guestbook
Read more about the life story of Vernon and share your memory.

Vernon Brian Anderson, age 82 of Grand Haven, passed away peacefully in his home on Thursday, January 12, 2023 after a long illness. Brian was born on December 1, 1940 to the late Vernon and Mamie (Leeper) Anderson in Murray, Kentucky. He married Joan Tandler on May 30, 1992 in Clinton, New Jersey.

Brian worked as a Research Chemist, then Operations Supervisor at Hoechst-Roussel Pharmaceuticals in Somerville, NJ. He was employed there for 27 years during which he co-developed 14 patents and co-authored 5 publications.

After living in New Jersey for 43 years, Brian and his wife of 30 years, Joan, retired and moved from New Jersey to Grand Haven, MI in July 2013. Brian became an active member of the Lakeshore Church of Christ in Holland, MI and enjoyed activities in the adult communities of Four Pointes and Evergreen Commons.

Brian’s grand passion was genealogy and research of his family and Scottish roots. He was an active member of many genealogical societies during his years in the New Jersey/New York area. He enjoyed deep friendships in genealogical societies and it was his great joy to serve in several leadership positions. Brian was involved in societies including General Society of Colonial Wars, Sons of the Revolution, Society of Descendants of Washington’s Army at Valley Forge, General Society of the War of 1812, Sons of Confederate Veterans, and St. Andrew’s Society of the State of NY. He ably used his genealogical skills to assist family and friends in their personal research.

Brian and Joan loved traveling; especially throughout the East Coast, visiting many Revolutionary War historical sites, and exploring their family roots throughout the UK.

Brian is survived by his wife, Joan Tandler; his step-children, Kristen Vogel of Flemington, NJ and Philip and Nora (Flaherty) Vogel of Chicago, IL; his children, Julian Dennison and Abigail Gonzalez of New Jersey; and two grandsons, Alexio and Aidan Gonzalez of New Jersey. Also surviving is his sister, Gayle (Bob) Saville of Springville, TN; and a brother, Lawrence (Emily) Anderson of Flower Mound, TX.

He was preceded in death by his first wife, Meredith (Walling) Anderson; and his brother, Philip Dan Anderson.

The Funeral Service for Brian will take place at 11:00 a.m. on Monday, January 23, 2023 at Klaassen Family Funeral Home, with Pastor Mike Scholten and Rev. Dr. Troy Hauser Brydon officiating. Visitation will be held one hour prior to the service at the funeral home.

Interment will be at Grand Haven Township Historic Cemetery.

In lieu of flowers, Memorial Contributions may be made to Hospice of North Ottawa Community.

To send flowers to the family or plant a tree in memory of Vernon Brian Anderson, please visit our floral store. 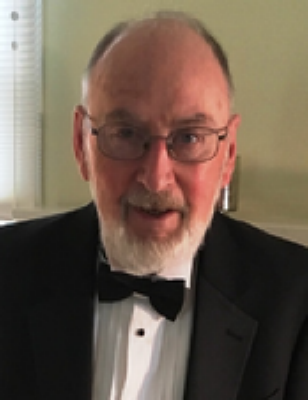