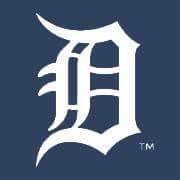 Steven Jay Seaver, age 64 of Grand Haven, passed away unexpectedly on Wednesday, August 5, 2020 at home. He was born on November 24, 1955 in Oklahoma City, OK to Ronald and Alice (Kruizenga) Seaver. Steve married Donna Jo Giffen on May 31, 1993 at the family cabin in the U.P.

Steve graduated from Grand Haven High School, Class of 1974, and attended Ferris State University. He worked for 40 years as a painter, and was a long-time member of the Grand Haven Eagles Aerie 925. Steve was a big Tigers, Lions, and U of M fan who loved celebrating during any of the big games. He enjoyed fishing, hunting, going up to the U.P., and especially loved spending time at Chinook Campground, where he and Donna have their weekend home.

Steve was a great cook and was famous for his yams at thanksgiving, and brownies he would bake often. Steve’s family was close to his heart and he cherished time spent with them, as well as reading, making models, and working on puzzles. He will be remembered by so many in his life.

A Celebration of Life for Steve will held at a later date to be announced. In lieu of flowers, the family requests memorial contributions be given to a charity in need.

To send flowers to the family or plant a tree in memory of Steven Jay Seaver, please visit our floral store.

Celebration of Life at a later date to be announced