Share a memory
Obituary & Services
Guestbook
Read more about the life story of Peter and share your memory.

Peter Sturrus, of Spring Lake, went to be with his Heavenly Father on Sunday, November 27, 2022. He was born on October 2, 1933 in Oak Park, IL to the late Marinus and Catherine (DeWall) Sturrus.

Peter graduated from Western Michigan Christian High School and married the late Betty Dunning, his high school sweetheart, in 1952. They were both members of the first graduating class of 1951. Their children were also graduates of WMC, where Peter has been an avid supporter for many decades. Following Betty's passing, Peter married Carolyn Toxopeus Iversen in 1987.

Pete started his working career at age 14, was a machinist at heart, and tool and die and mold maker by trade. In 1977, Peter co-founded Shape Corporation, and served as President for 21 years until 1998. He was an inventor of products for office furniture and automotive industries, holding many U.S. Patents. Peter was the current Vice-Chairman of the Board of Directors for Shape Corporation. He completed his Bachelor of Science Degree in 1977 and received an Honorary Doctorate of Science Degree in 2011, both from Aquinas College. He was known for having a passion for faith-based education in technical industries.

Peter served his community in many ways. He was a deacon and Sunday school teacher at East Muskegon Christian Reformed Church, an elder at Second Christian Reformed Church in Grand Haven, a member of the Board of Trustees of Grand Haven Christian School, as well as founder of, and second president to the Musk-O-Tawa Cadet Council, a member of the first Board of Trustees and second President of Hospice of North Ottawa Community. Pete was also past president of the Custom Roll Forming Institute, and former board member of Comerica Bank.

Peter’s love of God, family, and friends, as well as the Shape family of co-workers, were his foremost attributes. His avocations were, running, biking, and traveling. In 1993, Peter participated in biking across the United States in 22 days. In 1999, he participated in the Paris/Brest/Paris bike race, and was in the RAGBRAI, as well as many other organized recreational bike tours with Carolyn, both in the United States and Europe. He enjoyed wintering in Scottsdale and Cave Creek area of Arizona, hiking in the mountains, and loving the scenery.

The Funeral Service for Peter will take place at 11:00 a.m. Friday, December 2, 2022 at Second Christian Reformed Church with Rev. Tim Blackmon officiating. Visitations will be held Thursday, December 1st, from 4:00 to 7:00 p.m. at Klaassen Family Funeral Home, and also one hour prior to the service on Friday at the church. Interment will be at Lake Forest Cemetery.

To send flowers to the family or plant a tree in memory of Peter Sturrus, please visit our floral store. 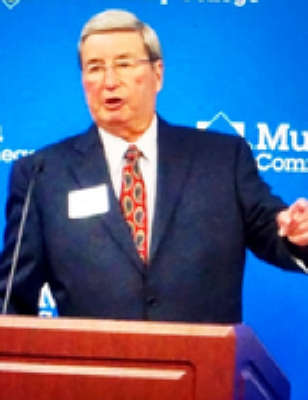