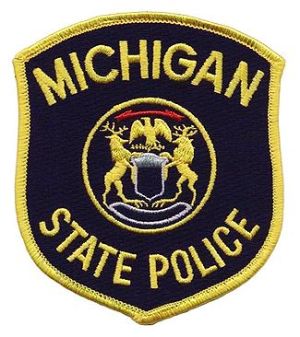 Kenneth R. Whitney, age 86 of Grand Haven, passed away on Sunday, July 5, 2020 at home, surrounded by family. He was born on September 9, 1933 in Grand Rapids, MI to the late Richard and Joyce (Blain) Whitney.

Ken proudly served his country in the US Navy from 1951 to 1955, during the Korean War Era. He moved to Grand Haven in 1966, and married Teresa Stefina on April 26, 1967 in Ypsilanti, MI. Ken worked as a Police Officer for the Michigan State Police for 25 years, retiring in 1982. Upon his retirement from the Michigan State Police, he was then owner/operator of Whitney Charters for 35 years, retiring in 2006.

Ken was a member of St. Patrick’s - St. Anthony’s Catholic Parish, the American Legion Charles A. Conklin Post 28, and a former member of the Elks Lodge #1200. He was Past President of the Michigan Charter Boat Association, as well as the Grand Haven Charter Boat Association. Ken was an avid sportsman who loved to hunt and fish, and gave back to his community coaching Little League. His family was most important to him, and he cherished the time he spent with them.

Ken is remembered and missed by his wife of 53 years, Teresa; his three daughters: Marcie Allain of Maurice Villa, TX, Brenda VanderLaan of Grand Haven, and Julie (William) DeBoer of Allendale; his three sons: Stephen Odum of Cypress, CA, David (Mary) Odum of Stockton, Ca, and Matthew (Barbara) Whitney of Grand Haven; 17 grandchildren; and 15 great-grandchildren. He was preceded in death by his son, Michael; and two sisters, Virginia and Barbara.

A Memorial Mass for Ken will be at 11:00 a.m. on Thursday, July 9, 2020 at St. Patrick - St. Anthony Catholic Parish with Fr. Norman Droski officiating. Full Military Rites will be performed by the American Legion, Charles A. Conklin Post 28. Visitation will be held one hour prior to the service at the church.

Memorial Contributions may be given to Hospice of North Ottawa Community or Helen DeVos Children’s Hospital.

To send flowers to the family or plant a tree in memory of Kenneth R. Whitney, please visit our floral store.