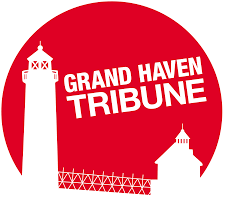 Edward was a life-long resident of the Grand Haven area and was a member of St. Paul’s United Church of Christ. He worked for the Grand Haven Tribune for 34 years, starting out as a Linotype Operator, and later, as Pressman. Edward was a highly skilled wood-carver who enjoyed making a playhouse for his daughter, Barb, and dollhouses for his three granddaughters. He was a skilled pastel artist and was also an electronics buff. Edward attended the Bell & Howell course to fix televisions as a hobby. He especially enjoyed being outdoors and was a true nature lover.

He was preceded in death by his daughter and son-in-law, Barbara Jo (Jeff) DeVecht; and his three siblings and their spouses, William “Bill” (Connie) Ebel, Anton (Pauline) Ebel, and Gertrude (Carl) Garbrecht.

The Memorial Service for Edward will take place at 1:00 p.m. on Thursday, January 6, 2022 at St. Paul’s United Church of Christ, with Rev. Matthew Schmidt officiating. Visitation will be held immediately following the service at the church. Interment will be at Lake Forest Cemetery.

Memorial Contributions may be made to St. Paul’s United Church of Christ or any charity of your choice.

To send flowers to the family or plant a tree in memory of Edward George Ebel, please visit our floral store.