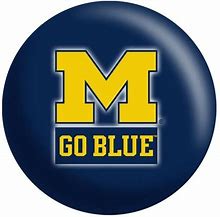 Clarence graduated from Grand Haven High School, Class of 1953. He was very active in high school sports where he was on the track team and played baseball and basketball. Upon graduation from high school, he proudly served his country in the Army National Guard and then went on to work at Oldberg’s, AP Parts, and retiring from Grand Transformers.

Clarence was a member of Robinson Grace Church for many years and loved spending time with his family; namely his grandkids and great-grandkids. He was a big U of M Football fan who enjoyed woodworking, hunting, camping, and cooking.

The Funeral Service for Clarence will be at 11:00 a.m. on Thursday, June 25, 2020 at Robinson Grace Church (14211 120th Ave, Grand Haven, MI 49417) with Pastor Bill Russell officiating. Visitation will be held one hour prior to the service at the Church. Interment will be at Grand Haven Township Lakeshore Cemetery.

Memorial Contributions may be made to Robinson Grace Church.

To send flowers to the family or plant a tree in memory of Clarence Roland VerBerkmoes, please visit our floral store.