Share a memory
Obituary & Services
Guestbook
Read more about the life story of Arthur “Swede” and share your memory.

Arthur “Swede” Laurence Olson, age 90 of Jenison, MI, passed away peacefully surrounded by his family on Wednesday, November 23, 2022 at Trillium Woods Hospice in Byron Center. He was born on May 4, 1932 in Grand Rapids, MI to the late Arthur and Rozella (Weaver) Olson.

Upon Swede’s graduation from Union High School, he enlisted in the United States Air Force and devoted four years to serving our country, with two years stationed at Clark Airbase in Manila, Philippines as an Armorer tasked with loading weapons onto fighter jets as part of the 44th Fighter Bomber Squadron.

Upon his honorable discharge from the USAF, Swede attended Hope College, joined the Omicron Kappa Epsilon fraternity, and graduated in 1959 with a Bachelor’s degree in Psychology. He also played on Hope’s football and baseball teams, and during his senior year, chose to not play baseball so he could work and earn enough money to afford an engagement ring for his sweetheart, Karen Nyhuis, whom he married on June 17, 1960 in Wisconsin.

Following his graduation from Hope College, Swede became the Director of the Juvenile Court in Ottawa County, Michigan, and then became Director of the Juvenile Court in Barry County, Michigan. In both roles, he used his skills to help young people mature and grow beyond the challenges they faced. It was not uncommon for Swede to be stopped on the street or to receive Christmas cards from those he helped, thanking him for his firm but loving approach.

Upon their retirement, Swede and Karen traveled extensively. He devoted himself to encouraging his grandchildren and supporting their interests. Swede was often found on the sports sidelines and at special events, serving as their self-appointed personal photographer.

Swede is survived by his wife of 62 years, Karen; his three children, Kathy (Steve) Wennerstrum, Richard (Darlene) Olson, and Robert (Joan) Olson; 12 grandchildren; four great-grandchildren; many nieces and nephews; and numerous friends and fraternity brothers who filled his life with deep and enduring love and friendship.

A Celebration of Life for Swede will be held at a later date to be announced. Interment will be at Fort Custer National Cemetery in Augusta, Michigan.

Throughout his life, and in the months prior to his passing, Swede spread kindness and encouragement over every person he encountered, even in the face of his health challenges. In memory of Swede, the family asks that those wishing to honor him perform a random act of kindness or “pay it forward” to someone in need.

To send flowers to the family or plant a tree in memory of Arthur “Swede” Laurence Olson, please visit our floral store. 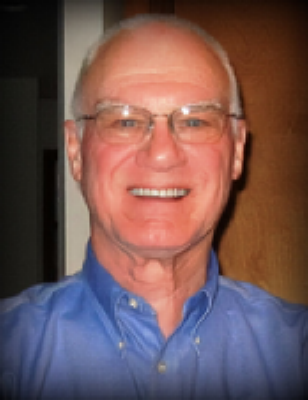 Family and friends are coming together online to create a special keepsake. Every memory left on the online obituary will be automatically included in the book.

Pay it Forward to Someone in Need