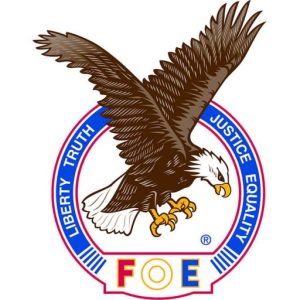 Alvin “Al” Merril Christensen, age 88 of Manistee (formerly of Grand Haven), passed away on Wednesday, July 7, 2021 at Heartwood Lodge. He was born on December 31, 1932 in Muskegon, MI to the late Alvin and Pearl (Butler) Christensen. Al married Beverly Bloomquist on July 18, 1952 in Grand Haven, MI. She preceded him in death on September 23, 2011 after 59 years of marriage.

Al grew up in Muskegon and began working at just eight years old, helping his dad with the well-drilling business. He worked at Continental Motors and Anderson Bolling, later becoming owner and operator of the Beechtree Gulf Service Station in Grand Haven. Prior to his retirement, Al also worked at Miller Chevrolet. He then moved to Manistee and worked several mechanic jobs into his early seventies.

Al was a member of the Grand Haven Fraternal Order of Eagles, Aerie #925, and former member of the Moose Lodge and other civic organizations. He and Bev enjoyed bowling, camping at Sand Lake, spending winters in Texas in their fifth-wheel camper, and traveling up north to the cabin to go hunting and fishing. Al also enjoyed watching Tigers baseball. He was known for having a big heart and was always willing to help anyone in need.

Al is lovingly remembered and missed by his two daughters, Debbie (John) Kingma of Allendale, Cynthia Berg of Grand Haven; daughter-in-law, Regina Nelson; his nine grandchildren: Kimberly, Ryan, Jenna, Angela, Joshua, Lisa, Jake, April, and Jackie; and seven great-grandchildren. He was preceded in death by his wife, Beverly in 2011; his son, Michael Christensen in 1998; great-grandson, Dyllan Morris in 2017; and three sisters, Velma, Virginia, and Valerie.

Memorial Contributions may be made to Hospice of North Ottawa Community.

To send flowers to the family or plant a tree in memory of Alvin “Al” Merril Christensen, please visit our floral store.

A Memorial Tree was planted for Alvin “Al”

Join in honoring their life - plant a memorial tree