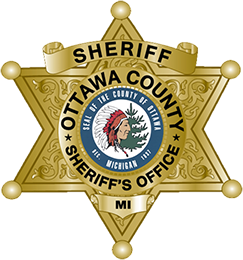 Ted was a life-long resident of the Tri-Cities area. He graduated from Spring Lake High School, Class of 1971. He worked for the Ottawa County Sherriff’s Department starting in the reserve unit, and then became a full time Deputy Sherriff at the Ottawa County Jail and later became a Transport Officer. He also had served as a volunteer Fire Fighter for Grand Haven Township. Ted was the former owner of Sparkle Wash of Grand Haven, and also worked for Home Depot, and most recently, was a driver for Harbor Transit. He was a long-time member of Trinity Reformed Church in Grand Haven, where he also served as Deacon and Elder.

Ted was a family man who always attended his son’s sports events. He loved his dogs, and enjoyed camping, hunting, and fishing any chance he could get. Ted enjoyed sports, and was a fan of the Michigan Wolverines. He especially enjoyed watching NASCAR races, and Dale Earnhardt Jr. and Sr. were his favorite drivers. Ted was a fun-loving guy whose memory will live on through those who knew him best.

To send flowers to the family or plant a tree in memory of Theodore "Ted" Yonker, please visit our floral store.